It had been a few days since Fiona realized she was pregnant and went out and got a test just to make sure.  Now she had to tell Derrick.  She loves him but she doesn’t want to marry him just because of the baby.  “In fact, I don’t want to get married at all. Ever!”

She called him up and told him she had something to tell him and that she wanted him to come over as soon as he could.  He was at work still so it would be a few hours yet.  This will give Fiona a chance to work through how she’s going to tell him.  Is he going to be happy?  Will he be mad?  Even though we’ve been together for 6 months now, I really don’t know how he’s going to feel about this.

Later that day Derrick had come over.  Fiona kept talking about things other than what she actually called him over there to say.

“Come on Fiona.  What is so important that you had to call me at work?”

She took a few seconds of silence before she told him she was pregnant. 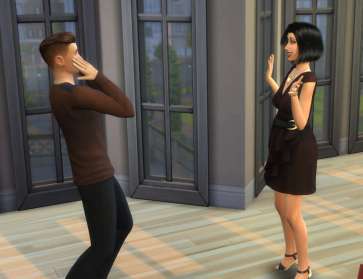 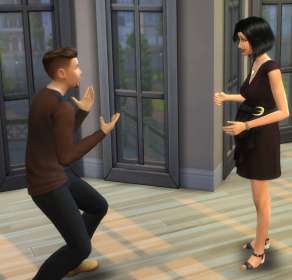 At first he seemed surprised and then he got excited!  He was actually thrilled that there was a baby on the way.  This wasn’t the reaction Fiona had expected and had hoped for.  A baby could ruin my career!

After the excitement of learning about the baby, Derrick had Fiona sit with him at the bar.  Now he had something he wanted to talk to her about. 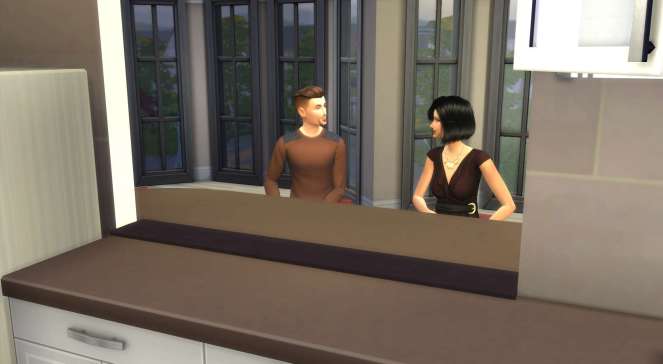 He started off quickly by saying, “I want to be in this child’s life.  I don’t want to be ‘That guy’ that just pays child support and isn’t around.  I want us to move in together.”

That wasn’t at all what Fiona had in mind.  “Moving in together?  I don’t want to get married, this is to big of a commitment for me.!”

“No, not marriage, just live together.” He tried to reassure her. “Marriage doesn’t have to happen and if you never want to get married then that’s fine.  I just want to be here for my child.”

Fiona thought about it for a while.  This is a big decision.  She’s never had to be so grown up before.  Never had to make decisions like this that could change her life in such a big way.  Having a baby wasn’t a choice she had made but moving in with someone is a choice she can make. The extra income could help with my rent and with the house chores along with taking care of the baby so I can concentrate more on my social media and my fans.

“Okay, fine.  We can move in together, but you have to help out around here.  I’m not cleaning up after you!”

“Don’t worry, I’m not going to make a mess and then leave it.” Knowing that she hardly cleans up after herself as it is.

Fiona didn’t look at this agreement as a romantic, falling in love time of relationship but more as someone to do everything for her and make it so she has more money to spend on herself.

Will this type of relationship work?  Will Derrick get tired of Fiona’s spoiled ways?  Keep reading to find out!