As the years go by, Annalise is now in school and the more Derick and Fiona start to drift apart.  Fiona doesn’t seem to notice any changes because she is to wrapped up in her blogs, and books to notice that Derick is starting to question this relationship she has with Alex.  She really doesn’t know what to call it.  She thinks of him as a great friend.  There’s been a few times it’s gotten a little out of hand when he was over while Derick was at work and Annalise was with some friends.  Fiona knows she needs to end this but at the same time she really likes the feeling that Alex gives her.

Later today, since it’s Sunday and Derick doesn’t work she is planning on taking Annalise out to take a few pictures.  She would like to hang some up on the walls of her now that she is no longer a toddler.  She’s growing up so fast she is afraid she is going to miss it so taking these pictures will help her catch some memories.

When the time came, the three of them walked down to the river over looking the city.  Its very beautiful here, with the water rushing past and since it’s off of the main area of the suburb its fairly quiet and peaceful.

“This will make for a good spot I think to take a few pictures.  Annalise, why don’t you go stand by the edge so we can get the river in the picture as well. Just be careful you don’t get to close!” 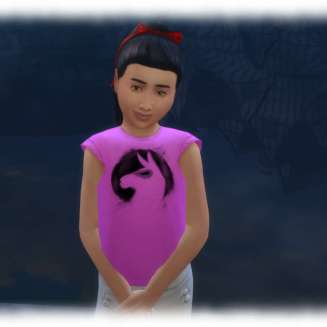 Of course Fiona isn’t the best photographer and she got her finger in most of the pictures.  They did have lots of fun while they were out by the river.  Annalise found some rocks and skipped them across and would lay down on the brick path and look down at her reflection and make faces at herself.

Derick and Fiona walked down the side of the river and talked a little.  Derick wanted to talk to her about what is going on with her and Alex but the butterflies in his stomach was holding him back.  While he was lost in his thought he felt a hand in his.  He looked down and Fiona had put her hand in his hand.  He wanted to pull away but couldn’t seem to move his hand.  Instead, he felt a small smile on his face and looked at Fiona as they walked.  She is so beautiful, her hair slightly blowing in the breeze, the sun bouncing off of her glowing skin. Maybe this can work.

Is Fiona going to work up the courage to end this romantic fling with Alex?  Is Derick changing his mind on leaving Fiona?  Keep reading to find out!