So apparently sims aren’t the happiest when you first load the game when they were in the middle of cooking a meal. 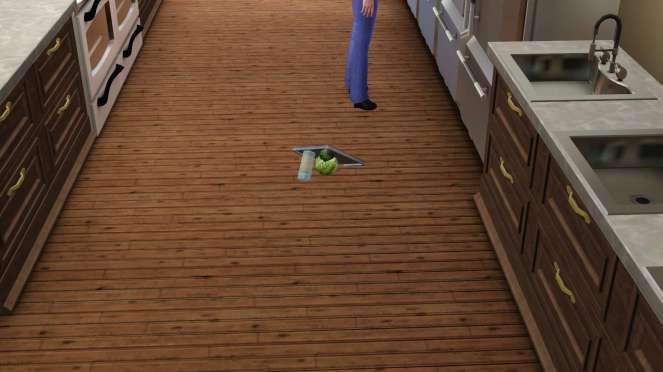 I loaded the game up to play a couple part of the 100 Baby Challenge Series I have going and the time before I had my sim grab food from the fridge to cook.  Well as you can see, she’s still standing by the fridge yet her food tray is flying through the air.  I guess if a sim is trying to cook they get a little mad if you load the game up in the middle of it so they just “throw” the tray on the floor.

No seriously though, its just that sometimes a sim resets after loading and this was just something that I caught when I happen to pause the game.  Thought it was rather interesting. 🙂

What kind of interesting things do your sims do when you first load the game?

Leave your instances in the comments below! 🙂

3 thoughts on “Sims 3: Just throw your food on the floor!”